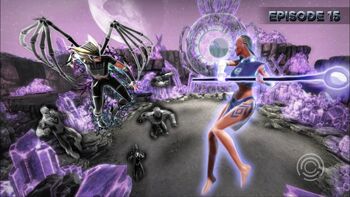 "The Black" has re-emerged in the universe and has targeted the Predator entity inside the Central Power Battery on Zamaron. Because of this threat, Indigo-1 of the Indigo Tribe has now joined the War of the Light. Players must help Carol Ferris defend Zamaron from the Black Lanterns and will purge the Black Lanterns' Corruption from the Battery.

Corrupted Zamaron is part of Episode 15 together with The Bombshells Paradox.

In War of the Light Part I, Lanterns of all colors lost connection with their Emotional Spectrum’s entities and strange mists descended upon Metropolis, affecting all the citizens’ emotions. This caused four Corps (Green, Blue, Sinestro, and Red) to converge on Earth to find out what happened, which led to the War of the Light happening on Earth, in the center of Metropolis, as well as on nearby sentient planets, Mogo and Ranx.
Throughout the war, Green Lantern Hal Jordan and Sinestro discovered that the other corps were likely not the enemy, and an uneasy alliance was formed. The fate of the Emotional Entities hangs in the balance in War of the Light Part II, when Carol Ferris and the Star Sapphires and Larfleeze's Orange Lanterns journeyed to Earth to restore their own entities at any cost.
With help from YOU, the sparks in the lantern batteries were reignited and the balance of the emotional spectrum was restored. But the War of the Light did not end there…
Now it's time to head BACK to Zamaron, the homeworld of the Star Sapphires, to continue this story. The Black Lanterns have invaded, and though Carol Ferris is doing what she can to fight them, she won't be able to do it alone. It's up to you to head to Zamaron, target the Predator entity inside the Central Power Battery, and purge its corruption.

The enemy combat rating is 131. 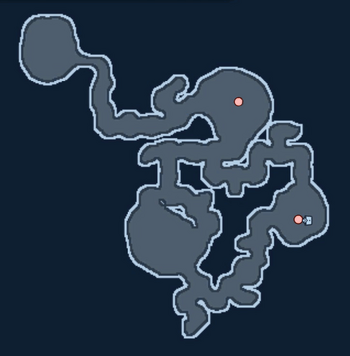