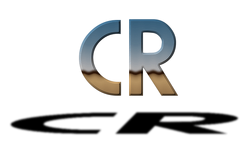 Combat Rating (abbreviated CR) is a statistic possessed by player characters representing the overall power of their equipment. Combat rating is calculated by averaging the item levels of all of a player's possessed equipment items.

Equipped Combat Rating is calculated from the equipment the player currently has equipped, and is the rating displayed next to the health and power bars if it is different from the normal combat rating.

Most level 30 content has a Combat Rating requirement for access. Marks of Victory are always awarded in content when the players Combat Rating is in the same tier. A small amount of Marks are only occasionally awarded once a player's Combat Rating exceeds the content's Tier band.

Combat Rating cannot be decreased by selling or salvaging items. The Equipped Combat Rating can be decreased by removing gear but does not affect the Mark rewards from content. Items with fixed levels contained in a box count towards Combat Rating even if you haven't opened them yet and can't see their stats, let alone use them. On the other hand, boxes of Attuned gear do not count until you open them.

Combat Rating is equal to 115% of your gear's weighted item level.

As of Game Update 73 (aka Stats Revamp), percentages of weighted item level have been slightly changed.

Retrieved from "https://dcuniverseonline.fandom.com/wiki/Combat_Rating?oldid=255304"
Community content is available under CC-BY-SA unless otherwise noted.