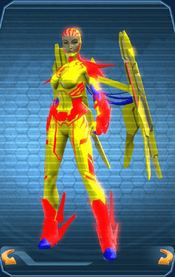 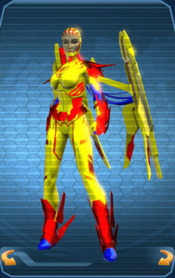 Consisting of eight pieces, the set is an advanced PvE (Player versus Environment) gear set inspired by the robot designs of Oracle, especially the Reprogrammed Oracle-Bot.

This set and its enhanced version are attuned gear with an Item Level 10 to 292 and are randomly contained in Oracle's Time Capsules. 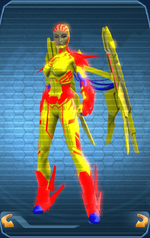 The Combat Protocol's overall color-scheme consists of three colors that can be chosen by the Player in the Style Window. Specific sections of the style's pieces can also be allocated a more specific colour by the Player.

Emblems do appear on the chest of this style.