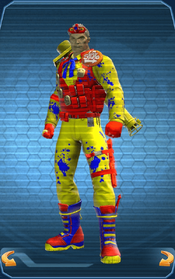 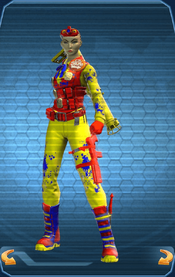 Clown Prince is a Costume Style Set for heroes and villains which is available during the anniversary event Attack of the Anti-Monitor. It was first available in 2019.

Consisting of eight pieces, the style set inspired by the vestments of the Future Joker.

This set is obtained only from the Equipment Supplier AE in the Metropolis Anti-Matter Invasion Zone forward bases for heroes and villains.

Full Clown Prince Rear
Add a photo to this gallery

Rear Clown Prince Female
Add a photo to this gallery 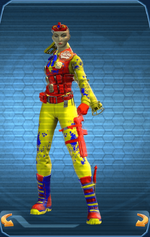 The Clown Prince's overall color-scheme consists of three colors that can be chosen by the Player in the Style Window. Specific sections of the style's pieces can also be allocated a more specific colour by the Player. 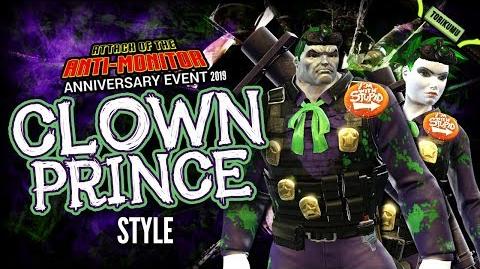 Retrieved from "https://dcuniverseonline.fandom.com/wiki/Clown_Prince?oldid=247591"
Community content is available under CC-BY-SA unless otherwise noted.