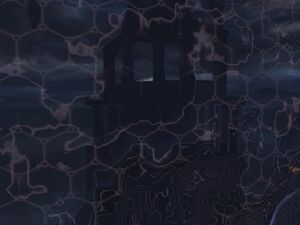 The Clocktower is a complex located in Gotham City's Old Gotham district.

Serving as an apartment complex, the building’s upper floors served as the home and secret headquarters of Barbara Gordon; who secretly operated as the Oracle.

Hidden behind a fake wall in Gordon’s civilian apartment, a fully wheel chair accessible headquarters has been assembled which includes a large computer system and database from which she operates to communicate with people and process information. Other additions include living areas for her Birds of Prey agents and a fully interactive holographic training room that is linked to the Oracle mainframe. The headquarters also possesses a balcony access to the clock tower roof and a security deterrent system to ward off potential invaders. 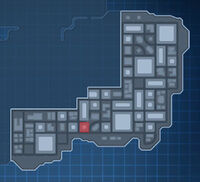 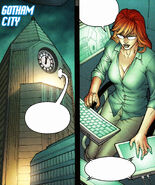