Clay of the Gods 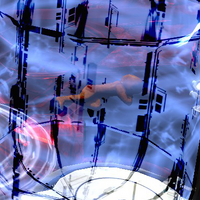 The Clay of the Gods is a mystical clay enchanted by the Gods of Olympus. The clay is most often used by the gods to create humans of their own design and was most famously used in modern time to create the Amazonian hero; Diana of Themyscira; aka Wonder Woman.

The first recorded use of the "Clay of the Gods" by the Olympians was during Silver Age of Man in the creation of Pandora. When the Titan Prometheus stole fire from Olympus to give warmth to mankind, the Olympians convinced Zeus not to enact revenge for his theft and instead the gods created a woman from clay as a gift for his bravery and loyalty to his kind. As the woman has created Athena, Hestia, Aphrodite, Hermes, and Demeter each gave her a blessing from their realm and named her Pandora. As a parting gift, Zeus gave her a gilded box which she was to give to Prometheus with the instructions to never open it. Prometheus, however, did not trust Zeus and refused to take Pandora as his wife and instead, Pandora wed his older brother, Epimetheus. Unfortunately, Pandora's curiosity over what was inside the gilded box became intolerable and she begged her husband to open it for her, however, as the pair opened the box, out flew sorrows, plagues, misfortunes and other great evils onto the world. Outcast for what she unleashed, Pandora was forced to wander the lands alone, with only hope; the sole remaining abstract that remained in the box, to sustain her until she was assimilated back into Earth by the gods at her behest.

In 1200 BC, the second recorded use of the "Clay of the Gods" was recorded when Artemis proposed the creation of a new race of humans to worship the gods as never before. An argument between Artemis and Ares over the future of the human race led to the goddess and four others (Aphrodite, Athena, Hestia, and Demeter) pooling their resources to create a race of female warriors known as "Amazons of Themyscira." Using the souls of women that Gaea had accumulated over the centuries for just this purpose, the goddesses used the clay at the bottom of the Black Sea to create a new race of women blessed with the power of the goddesses and tasked with teaching the peaceful ideals of Gaea to mankind to ensure the species' future.

The Amazons were co-ruled by the sisters Hippolyta and Antiope, who together were the first Amazons to emerge from the Black Sea.
However, as the Amazon's task to spread peace would upset his plans for war, Ares manipulated the Amazons' efforts to teach their virtues to mankind until, faced with the unrelenting hostility of man, the Amazons angrily withdrew behind the walls of their city; Themyscira.
Ares then manipulated his half-brother, Heracles, to gather his forces and attack the Amazons within their city. After an initial confrontation at the city gates where Hippolyta bested the demigod in single combat, Heracles subdued and ravaged Hippolyta after initially offering his partnership in the Amazon's quest. Heracles' forces succeeded in ransacking Themyscira and making the Amazons their slaves, having their way with them. Bound in chains, Hippolyta pleaded with the goddesses for help. Athena agreed to aid the Amazons, but only if they do not go against their purpose of creation by seeking revenge. When they agreed to her terms, Athena frees the Amazons from their chains. Once freed, however, the Amazons proceeded to slaughter their captors.

Following their fight for freedom, the Amazons split into two factions; one allying to Hippolyta and her quest for peace and one allying with Antiope and her desire for vengeance. While the latter group left to pursue Heracles and became the Amazons of Bana-Mighdall, the gods decreed that Hippolyta lead her faction of Amazons to "Paradise Island" where they would live as immortals and reclaim their purity of spirit while guarding Doom's Doorway. As a result, the latter Amazons retained their God-given blessings while the other Amazons were forced to mate with mankind in order to continue their civilization; however, their progeny retained the enhanced abilities of their mothers.

The third, and arguably most famous, recorded use of the "Clay of the Gods" occurred when Hippolyta asked the gods to grant her a child. Taking the request as a new opportunity to create a super-warrior who would champion their cause in the modern world as the Amazons had done in the past. Telling Hippolyta to sculpt a baby out of clay retrieved from beneath Doom's Doorway, the gods brought life to the earthen baby and the first child of Themyscira was born; later becoming known as the hero Wonder Woman.