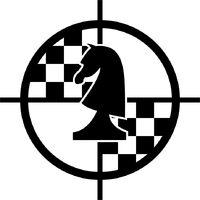 Checkmate is an elite covert operations agency operating under the jurisdiction of the United Nations. Named after the winning move in chess, the agency's hierarchy is modeled after the various pieces of a chess game. Tasked with maintaining a balance between Earth's human and metahuman communities, the organization strives to keep the ever present threats to international security in a constant state of Checkmate.

Recently, the agency's reputation as a global peace-keeping force has been hindered somewhat by the catastrophic usurpation of the organization's hierarchy by Maxwell Lord and the release of the OMAC Project during the Infinite Crisis incident. Now restored by the U.N., the organization seeks to continue its mission to ensure peace on Earth for all countries.

Originally known as "The Agency", the organization was envisioned by Amanda Waller to serve as a small branch of the U.S. covert ops project; Task Force X. Under the command of Colonel Valentina Vostok, the Agency was tasked to perform worldwide operations that were considered vital to the security of American interests. Harry Stein was eventually appointed as Vostok's replacement he began recreating the Agency into a larger organization.
To do this, Stein sought out the most stable personnel available from the American and international intelligence and law enforcement communities. His agency would field only the best-trained and well-equipped of agents, working under the strictest rules of secrecy. For the organizational structure of the re-organized Agency, Stein chose the game of chess as his working model, and named the new organization "Checkmate".

Following an incident known as "The Janus Directive" in which Kobra sparked an inter-agency war between Checkmate, Task Force X, and Project Atom, Sargent Steel took Waller's place as head of Checkmate and relocated the organization to a NORAD base in Colorado.
While initially keeping the agency offline, Sarge Steel reactivated Checkmate in order to find the comatose body of Deathstroke. Following Harry Stein's indefinite leave of absence, Steel promoted former Bishop agents Phil Kramer and Kalia Campbell to King and Queen respectively.
Some time later, another agent named David Said launches a sting operation to invade the Batcave in order to recruit the Huntress into their ranks as their new Queen. On Batman's word, she agrees to temporarily assume the mantle, using this position to relay information to Batman on at least one occasion.
Bruce Wayne's bodyguard and partner, Sasha Bordeaux, is also recruited as a Checkmate operative following her and Wayne being framed by David Cain for the death of Vesper Fairchild.

Some time following his stint as founder of the Justice League and awakening from a coma, Maxwell Lord assumes the position of Black King within Checkmate with the intent of manipulating the agency to kill all of the metahumans present on Earth; whom he now deemed a threat to mankind's survival.
In order to hide his activities, which included hijacking and reprogramming the super-spy satellite Brother MK I, creating and implementing an army of nanobyte robots known as OMACs, murdering the organization's entire royal family, and using his telepathic powers to gain control of Superman as puppet, Lord murdered former ally Ted Kord (Blue Beetle). However, Sasha Bordeaux; now a Knight agent in the organization, sent evidence of Kord's death to Batman and Lord, anticipating that the Justice League of America would soon track him, sent Superman to kill the vigilante. As the JLA members managed to fend off the mind-controlled hero's attacks, Lord recalled Superman to the Checkmate's headquarters where Wonder Woman managed to follow and capture Lord. Claiming that he would never relinquish control over Superman, Wonder Woman was forced to kill Lord in order to break his control on Superman's mind, which left Checkmate dismantled as an organization.

As Amanda Waller was reinstated as temporary Black King in the year following the Infinite Crisis and the unleashing of Brother Eye and Lord's OMAC army, Martian Manhunter spent months undercover in various efforts to undermine the remnants of Checkmate to convince the President of the U.S. to disband the organization.
While this worked, within days Checkmate was reorganized as the United Nation’s Chartered Metahuman Monitoring Force pursuant to UN Security Council Resolution 1696, with the specific purpose of maintaining "balance" between Earth's human and metahuman communities.