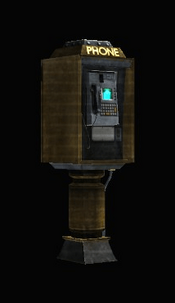 An integral part of MMORPGs and their gameplay is the communication with other players. In DCUO chatting is executed in the chat window where you can type in your messages.

There are certain things a player should know to use chat in DCUO efficiently. This article tries to outline those.

The chat window is in the lower left corner of the screen. Once it is activated you cannot interact with your character, so be careful not to get knocked out while you chat.

To see recent messages not visible anymore, enlarge the chat window.  Just click on the little window icon in the upper right corner of the chat window while its active.

DCUO offers several default chat channels which you can change between once the chat window is active. (PC: [Ctrl], PS3: Square)

It is important to understand that these channels have different content and more importantly different scope.

Contents: informal, but say nothing you would not say in public
Scope: Your current region or zone

Contents: informal, perfect to e.g. talk to another player or group nearby
Scope: Your current surrounding

Contents: formal, search for or offer tradable items or respond to such calls
Scope: Server-wide

The posting frequency and message length both are limited.

Contents: formal, search for or offer a group to join
Scope: Server-wide

The posting frequency and message length both are limited.

Contents: informal, talk about whatever you like to
Scope: Your current group

Contents: informal, talk about whatever you like to
Scope: Your current league

Contents: informal, but say nothing you would not say in public
Scope: The opposing faction in the same region or zone, for heroes that would be villains

The channel is off by default and must be switched on in the game's options.

The DCUO chat function interprets all lines beginning with a slash as chat command.

For starters the most important commands are

Emotes can be initiated by directly entering them as a chat command or by picking them from the canned chat menu.

The canned chat menu offers some predefined text blocks which can be picked and inserted instead of typing those in. On the PC those are available by using the [F2] key.

There are a few things to know beyond the technical odds and ends.

Try to be nice and respectful, even if that might be hard sometimes. If you must have a fight with words keep it private or at least in your group.

Do not type all UPPERCASE. It is widely considered SHOUTING, not just in DCUO. Only shout if you really, really have to.

Do not spam your messages, even if you are desperately looking for a last group member to start. There is no reason to type the same message while your last is still visible.

Check your current chat channel before you send your message. Are you perhaps still on [LFG], but now want to talk on [Group]?

The best place to ask general questions in the open is the [Shout] channel, certainly not [LFG] or [Trade].

Some English language acronyms which you should be familiar with...

Retrieved from "https://dcuniverseonline.fandom.com/wiki/Chat?oldid=243596"
Community content is available under CC-BY-SA unless otherwise noted.