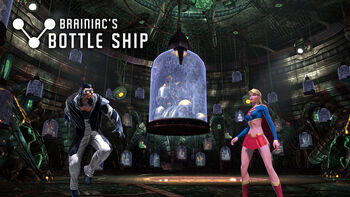 Brainiac's Bottle Ship is part of Episode 23 together with The Will of Darkseid.

In Episode 22, General Zod and his followers escaped from the Phantom Zone! Lois Lane then tracked his Kryptonian forces to Lex Luthor's Science Spire in Metropolis, and there discovered what they were after – the secret coordinates to: Brainiac's Bottle Ship!

Zod wants those coordinates and he'll do whatever it takes to get them – including using the Science Spire's enormous laser on the city of Metropolis. Superman and Lex Luthor are sending teams to get Zod out of the Spire and back under control, and you're up.

Supergirl is on the way with her own vested interest in the location of the Bottle Ship, so she'll be by your side as you confront General Zod. Then things get really interesting.

The enemy combat rating is 164. 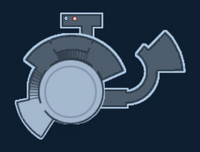 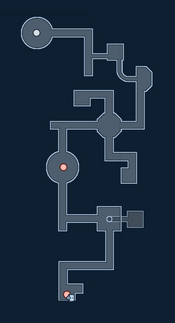