Blüdhaven was a former whaling town turned city. The town had a generally poor socio-economic populace, owing in part to failed efforts to transform itself into a manufacturing and shipping center. Culturally and financially, Gotham City had always overshadowed Blüdhaven, possibly due to this the city had a worse crime rate than Gotham. Not unlike Gotham, organized crime syndicates have always dominated Blüdhaven until its final years, protected by endemic police corruption until Nightwing adopted the city as his home turf.

During the Infinite Crisis, the Secret Society of Super-Villains had the Brotherhood of Evil drop Chemo onto the city of Blüdhaven as an act of terrorism against the hero community, resulting in a toxic explosion the size of a nuclear blast that levels the city and infects the area with radiation.

Warding the city within a protective shield, various factions attempt to take advantage of the city's irradiated victims and to obtain Chemo.

The Blüdhaven alert is available when the player reaches level 30. 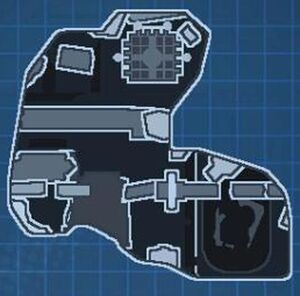 The player first needs to get EMP devices from the HAZMAT near the entrance, take them to the chemical tanks to disable the shield then destroy them. The Cryo Chemoids have low health but hits quite hard, don't engage more than one. They split into two smaller ones on defeat, which don't further split.

Nightwing makes a brief appearance during the Bludhaven alert only to be shunted away by Major Force.

This instance is also available for Legends PvE.