The Bat-Grenade is a grenade that, when thrown, stuns opponents and sends all caught in the blast to the ground. The attack also increases your Weapon Critical Hit chance for a short period of time.

The Bat-Grenade is a Rare item only available as part of the pre-order promotion Hero-pack which was offered to players during the game's launch in 2011. 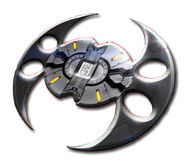 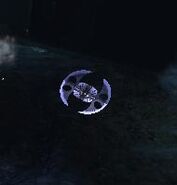