DC Universe Online Wiki
Register
Don't have an account?
Sign In
Advertisement
in: Lair System, Lairs and Hideouts, Base Theme 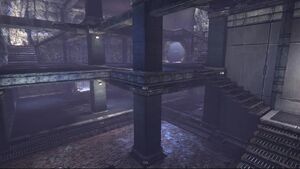 Base Theme: Cave is a visual theme that can be applied to a player's Lair as part of the Lair System.

After obtaining a theme, the Player must obtain a Deed which dictates the location of the Lair or Hideout in Gotham City or Metropolis.