Atlantis is Tier 5 playable content that contains the open world zone Atlantis with daily and weekly missions, the challenge Atlantis: Royal Palace, the alert Atlantis: The Silent School and the two raids Atlantis: Crown of Thorns and Atlantis: The Throne.

Episode 33: Atlantis was released on November 8th, 2018. Access to the episode content is available to all players with a combat rating of 210.

"Greetings, friend! The Royal Court has called a tribunal to review the events that took place at Spindrift Station. I request your presence here in Atlantis so Arthur and I can honor your heroics." — Mera

"Greetings, my loyal cohort! I have a new proposition for you. The Royal Council of Atlantis has called a tribunal which I must attend. I would have you act as my personal bodyguard while in Atlantis. Your presence will be compensated." — Ocean Master

The House of Atlan has been summoned to the Throne Room of Atlantis. Mera and Aquaman have invited you as a special guest in their court.

Enter the mysterious Silent School with Aqualad and King Shark and find the Trident of Poseidon!

With the Trident of Poseidon in hand, Ocean Master and Mera are ready to confront the usurper, Corum Rath. Find a way through the deadly Crown of Thorns and inside the Palace!

Corum Rath's descent into madness has made him a greater threat than ever. The time has come to confront him and restore Atlantis! 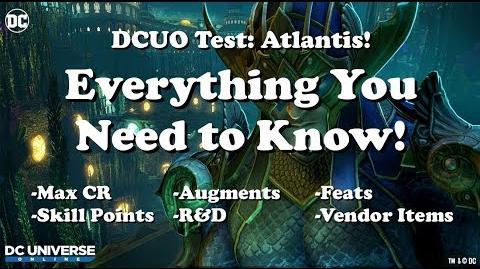 DCUO Test Atlantis! Everything You Need to Know 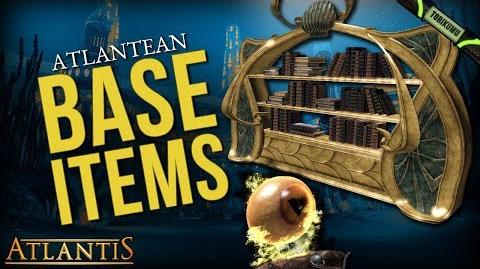