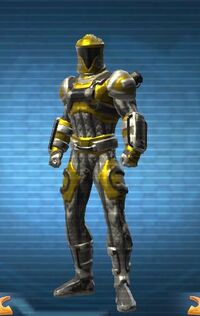 Antifreeze is an Armor Style Set. Based on thermal protection technology, the style is used by various members of Mister Freeze's Streetgang to protect themselves from the sub-zero temperatures their boss resides within.

The set consists of eight pieces and is only available for the damage and the controller role. 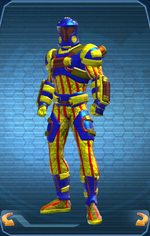 The Antifreeze's overall color-scheme consists of three colors that can be chosen by the Player in the Style Window. Specific sections of the style's pieces can also be allocated a more specific colour by the Player.