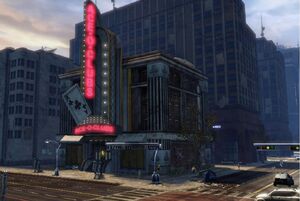 The Ace o' Clubs Bar is a blue-collar bar in the Suicide Slums district of Metropolis. Owned and operated by former prize-fighter "Bibbo" Bibbowski, Bibbo bought the watering hole he frequented with the proceeds from a winning lottery ticket. The ticket originally belonged to his friend Jose Delgado, who lost it.

Purporting himself to be Superman's biggest fan, Bibbo maintains a zero-tolerance attitude against any patron who dares to bad-mouth the Man of Steel; personally tossing any such individuals out on their ear.
Like most bars and pubs, the Ace O'Clubs is no stranger to violence. To keep the peace, Bibbo always has his trusty double-barrel shotgun at the ready should things ever get too wild. 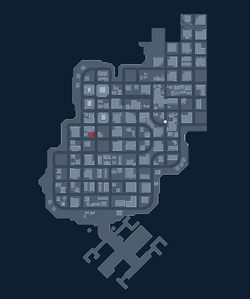